You might be wondering what is platform tennis. Not everyone is familiar with this game, but in this article, we will explain all you need to know about it. It is a sport that commenced in 1928. Though at first it was played in cool weather, nowadays it is an all-year sport. The game is an offspring of regular tennis but possesses major differences. It has also gained numerous nicknames since its inception. Read on to discover more about the sport.

There are high chances that you are well informed about regular tennis. Confusion arises with the mention of Paddle Tennis vs Platform Tennis. When the sport began, it was referred to as paddle tennis. After it gained popularity and became legitimized, the sport was titled platform tennis. This was especially after the raising of platforms to where the sport was played on. The raising allows for the placement of heating apparatus underneath the court to facilitate warming.

There’s some differences in terms of rules as compared to regular tennis. Also, the platform tennis court dimensions differ from the regular tennis. This is based on factors such as equipment and principles which are discussed below.

Every game has rules and platform tennis follows suit. Here is a detailed explanation of the rules:

The sport is entirely played as a doubles game. For your pair to record a win, you ought to win two out pf three sets in the match. The court is smaller that a regular tennis one which allows the ball to be hit off the sides.

Unlike regular tennis where you play with a racquet, platform tennis uses a paddle. The paddle has a length of 18” and has holes in the face. They are essential not only in maneuvering but also in adding bite during ball hitting. The paddle has no strings and it is made up of graphite and titanium. The ball is made up of sponge and has a 64 mm diameter.

Serving is executed behind the baseline. The server should be in a position between the centre mark and the sideline. This allows a diagonal hit across the court. You make a valid serve by tossing the ball in the air and diagonally striking it in the opposite service box. You should note that “lets” do not exist in platform tennis. Additionally, if the ball touches the net and falls in the service box, then it is a successful service.

As a receiver you must wait for the serve to cross the net and bounce before returning it. Direct volleys are not permitted. After you serve, the ball is in play until a point gets settled.

The criterion of scoring is similar to that of regular tennis. Points are awarded as follows: 15, 30, 40, and then the game. When the game is at 40-40, it gets referred to as deuce. In such an instance, a win gets recorded when you score two points in a row. You may lose a point if the following happens:

If your team wins six games, they win the set. You can win the match if your team triumphs in two sets.

The court consists of a raised platform that is about 1/3 smaller than a regular tennis court. The raising allows the equipping of heating apparatus and lighting that favors all-year play. Additionally, the game can be played during the day as well as at night. It is surrounded by a wire fence that is 12 feet high. This allows the ball to be in play off the wall. The court deck has a length of 60 feet and a width of 30 feet. The platform tennis court dimensions are 44 feet by length and 22 feet by width. It is divided by a net that has a height of 34 inches. Its surface is made from aluminum which has an anti-skid grit applied on the aluminum planks.

Having understood what is platform tennis, below are some of the standards that the game has developed. Equipment should be based on the following regulations:

When you want to choose the best platform tennis footwear, there are a number of factors you need to consider. The shoes should have a rugged outsole that can cope with the rough surface of the platform tennis court. If you dwell on normal sport shoes, you will require periodic replacements that will cost you extra money. Some of the best picks are discussed below: 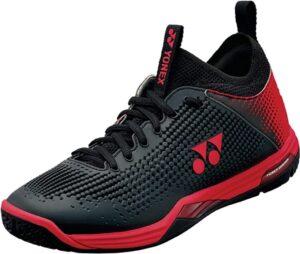 Traction and weight have been upgraded in this model. The Radial Blade Sole allows more of the weight of the shoe to be dispersed at the same time allowing for a 3 percent increase in grip.

It is a beautiful model that provides lightweight comfort. The shoe is fitted with an upper bootie construction that allows a secure fit. It is favorable for any adult competitive players. 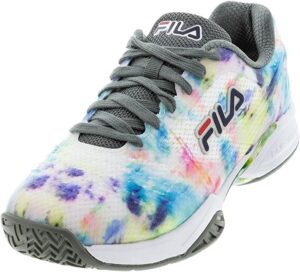 Its performance gets boosted by the elevated design. The shoe has a rubber outsole that delivers agility when playing. It’s energy-boosting cushioning elevates stability as well as comfortability.

Your form has been submitted

Thank you for subscribing to us

We faced problems while connecting to the server or receiving data from the server. Please wait for a few seconds and try again.

If the problem persists, then check your internet connectivity. If all other sites open fine, then please contact the administrator of this website with the following information.

Some error has occured.